Gold in Paraiba Tourmaline, NO WAY! 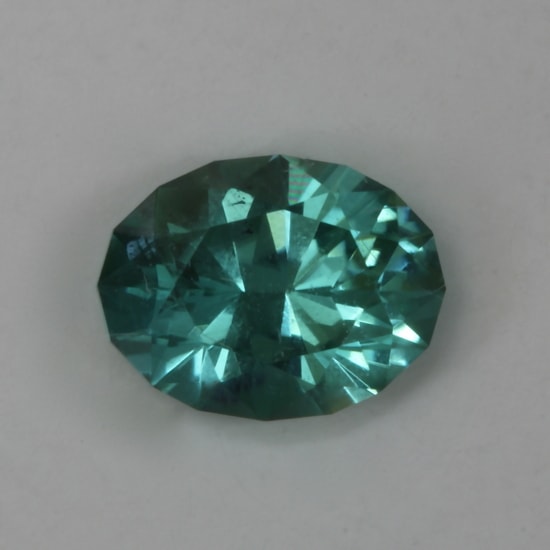 With the advent of modern methods of non destructive/semi non destructive such as LA_ICP MS (Laser Ablation, Induction Coupled Plasma, Mass Spectrometer) the trace element chemistry of tourmaline has become much more accessible. Elements such as lead and the rare earth elements are routinely found in cuprian tourmaline (Paraiba like and other colors) but there is one element that has never been found in Paraiba tourmaline, GOLD. I have both traced the published line of speculation about gold and contacted the German lab that is purported to have found gold at many times the concentration of the earth’s crust. The lab denies the report and the research papers are ambiguous to say the least. On top of that, many cuprian tourmaline have been analyzed with LA ICP MS and other means to build libraries of data to determine if a cuprian tourmaline came from Brazil of Africa, and gold has never been reported.

I think the reason that the erroneous report of gold in Paraiba has been echoed over and over again on the inter net, is that it may somehow justify the expense of Paraiba and explain its beauty. Even in the event that gold was discovered in Paraiba, the chemical nature of gold would preclude it from influencing the tourmaline’s color.

I did not think to write about this earlier because the wave of accusations about both the selling of unreported synthetic tourmaline and its diffusion with copper has about passed.
Tourmaline has been synthesized for years as a tool for science, but I believe it has never been economically produced for the trade. As most people know that tourmaline is a very complex group of related minerals, you would think that having so many constituents is the principle problem with making tourmaline. It is not. Granted the constituents like boron, fluorine, sodium etc. are difficult materials to work with, but it is the rate of formation of tourmaline from the mixture of constituents that really limits the economic production of tourmaline. There appears to be a kinetic step that nature handles very well, but man does not understand. The diffusion of copper into tourmaline, that was associated with accusations about flooding the market with synthetic tourmaline has been shown to be technically very difficult if not impossible to do. It is also a modification to the tourmaline that can easily be detected by analyzing copper isotopes ratios in the treated tourmaline. I deeply regret that the incorrect interpretation of scientific data lead to the questions about the naturalness and value of tourmaline on the market. I want nothing to soil the fact that outside of traditional heating, the color of tourmaline is generally not changed by man made treatments. The principle exception is the radiation of pink tourmaline to enhance its color. This can be taken a step farther, by first heating the pink tourmaline with an undesirable over tone to make the stone colorless and irradiating the stone to reestablish a cleaner pink/red. Each tourmaline has a limit on how dark the pink/red can be made. It depends, not only on the amount of manganese in the gemstone, but the need to maintain electrical neutrality in the gemstone. The heating and irradiation of tourmaline is restrained by the possibility of breakage during the process.