Faceting Machines, Faceting and Me 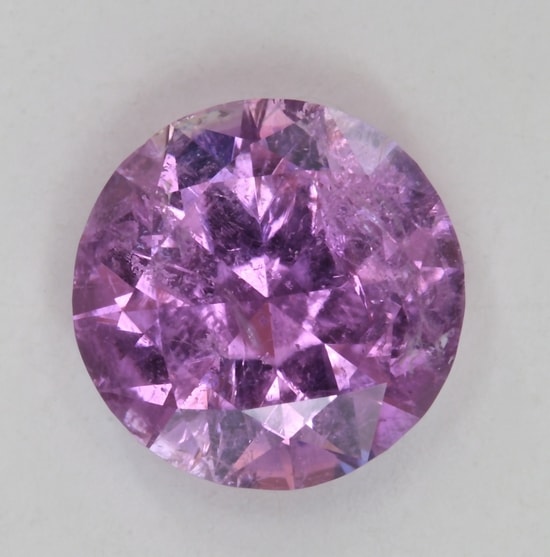 Fifty years ago I started cutting my first cab. My father had found a new creative out let for me at the erging of my mother who was afraid I might blow up the house playing around with my wonderful chemistry set. Two years later, at fifteen, I was determined to try faceting. My mother demanded that I take lessons on faceting from at least two people before she would let me spend all my savings on a faceting machine. I fell in love with creating sparkling gems the very first day I sat at a plate form facet machine. Doug was a great teacher and I was ready, but one was not enough. And so I got to meet one and be guided by one of the most dynamic men I have had the privilege to meet. Mr Shaw had just completed the process of patenting the platform faceting machine I had just learned on. He was so busy cutting a piece of Kunzite and other activities that he did not much time for me. It did not matter, I was already sold. I never tried out a mast and boom style faceting machine, then or even up to today. I never sat with another master. I did read about faceting and see brief demonstrations of it, but the following path to where I am with faceting today is really a private personal path.

After cutting a wide variety of rough with the very limited set of laps that came with the faceter, I fell in love with tourmaline. It would be many years before I specialized in only cutting tourmaline, buts its individual nature and broad range of color was what I craved in gemstones. Besides the limitations of the set of laps, the machine Shaw had manufacture was a very limited basic machine. Combine this with the dependence on mostly small gifts for cutting, I cut only standard round brilliants and emerald cuts until I completely ran out of money for rough while in college. Hobbies before I was ready to take up the hand piece again. Many years would pass, filled with a growing family and less expensive hobbies before I was ready to lift the hand piece again.

Tourmaline brought me back to cutting again. Looking through the new window of the internet, I soon realized that I could never afford or even find finished gem of the quality and color range I wanted to collect without cutting them myself. The next realization was that my old machine was inadequate for what I wanted to do. After looking at my options I decided to stay with a platform machine because I was use to it and it was not expensive.

After a year of cutting mostly small inexpensive material and making connections with African dealers, I was ready to invest a significant amount of time and money in my old hobby. I also began to drift away from cutting anything besides tourmaline. Nothing else, with the colors I craved, was affordable or even available. At about the same time I realized that more “modern” highly intricate designs do not really interest me. This is convenient because my faceting machine is better suited for designs that do not need to deal with the great accuracy and cumulative error of a modern style of cutting called meet point.. Or I probably should say meet point is not suitable for my level of machine support needed to make it practical.

Focusing exclusively on tourmaline I set on a quest that lasted most of 5 years to polish tourmaline as well as I could polish it. As it will become clear, it was not a quest to find a faster more efficient way to polish tourmaline. I experiment with many prepolish and polishing laps along with a wide assortment of compounds. Because I do not set up the machine to be highly reproducible, multiple step polishes like diamond are not suitable. Polishes that do not adjust the facets easily are also of little use. And finally the desire to produce extremely flat facets that snap like tinsel on the Christmas tree is as important as the “wet” look.

I finally settled on using Lindy A style aluminum oxide with vinegar on an old style tin/lead lap. I do not spin the lap and only move the part of the lap being used when its surface oxide coating is polished off or there is too much swarf accumulation. I really do not know how the results of staying in the same location on the lap are dependent on either swarf accumulation or surface removal, but if you do not move, you will begin to scrap and then tear metal from the lap’s surface. Vinegar is used to both provide lubrication and disperse the powder. Also without it a “rested” or new lap may be fine for awhile, but the lap will loose some of its polishing power. Done correctly, you get both great control of your facet meets through machine adjustments and a great flat polish in a “reasonable” period of time. Its greatest weakness is the potential to pit the tables of large gemstones and exceptional tourmaline that don’t behave nicely. I don’t run into difficult tourmaline very often, but I think the concentration of manganese in the tourmaline does effect the speed and tendency of the facet to mark. There are also differences in the polishing action between the principle axis and the rest of the crystal. This is particularly visible on tables perpendicular to the principle axis, were high manganese stones tend to cause undercutting.