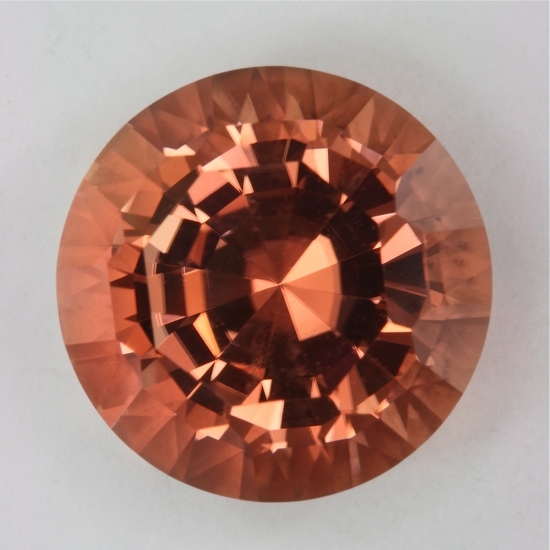 Copper is not a common chromophore in gemstones. A chromophore is some impurity or imperfection that causes the gemstone to have color. With the discovery that naturally occurring feldspar can be enhance threw the diffusion of copper into its matrix, it followed for some people, to think that tourmaline would be treated in the same way. It certainly would have a significant effect on both the color of the material and its value. And the added value would be greatly enhanced if the processing of tourmaline was kept secret.
What followed from the speculation about the diffusion of copper into tourmaline was an announcement that treated tourmaline had been found on the market. And not only was it available, large amounts of the material had been secretively produced. To support this contention a series of pictures with descriptions tried to convey the unusual nature of cuprian material that had been purchased on the open market. Some provocative physical measurements were made of supposedly treat material and a promise was made to vigorously pursue the truth. Other authorities in the gem trade took exception to the contentions about copper diffusion in tourmaline, that centered on the large differences in physical properties between feldspar and tourmaline and alternate explanations for the unusual nature of cuprian tourmaline rough. Even the GIA, Gem Institute of American started testing samples of tourmaline for signs of treatment and the practicality of treatment.

I had personally observed a halo of purple around inclusions in a cuprian tourmaline that was mostly blue from Mozambique long before any concerns about copper diffusion had be put forward. To me from the beginning it was obvious that impurities in the inclusion had been radioactive and oxidized the Mn2+ to Mn+3 and causing a red hue that modified the underlying blue color to purple. And most important of all, I knew that rough, that I had gotten directly from Africa, had not been treated in any way.

Based on personal observations and my back ground in chemistry I strongly doubted the diffusion of copper into tourmaline as a chromophore. Questions about the thermal stability of tourmaline at standard temperature and pressure along with the lack of suitable diffusion paths in the crystal structure of tourmaline supported my contention. Other technical points were made by knowledgeable researchers and the contention that any amounts of diffusion treated tourmaline were available fell apart. I don’t think that the testing being done by the GIA was even completed.