An Afternoon Delight on My Walk with Two Tourmaline 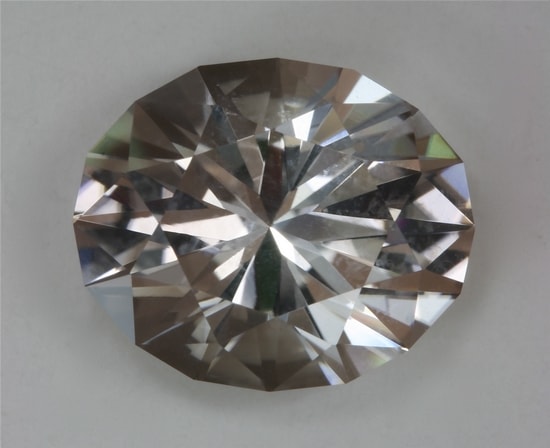 The effect of natural lighting on the appearance of some tourmaline can be a wide range of both the expected and surprises. The surprise I am focusing on here happen during a late afternoon to evening walk. I had picked two stones from my collection that had strong elements of gray, a mixed color, to take on the walk. I have been reading that the “Millennium” generation of potent consumers like grayish stones because of their more natural appearance. So being a “modern” type of fellow at 73 years old I decided to check out these “gray” that had not gotten much of my attention in the past.

Now I like “grays” and I have spent a significant amount of money on at least a couple of pieces of gray rough, but they do not catch my eye, when I glance at a tray brimming with tourmaline color. Still, while those saturated colors of a medium tone level can be expensive and very beautiful, they can not satisfy my quest to collect all of the world of color in tourmaline. Such a big and wonderful adventure.

The two tourmaline I had chosen for my investigation do not share a lot in common outside of being gray and both emerald cuts. One is a brownish gray with a deeper tone level and the other a blue, grayed into a medium tone level. Neither stone is a particular standout in “normal” natural light and I was not expecting any real surprises. The blue would seem to soak in the diffused light after the sun went down and become more saturated and the brownish stone would just get darker. Wow, was I wrong.

Both stones began to respond to the yellower sunlight of a beautiful autumn day immediately. Even before the sun touched the horizon, the blue was more saturated (less gray) and its darker mate more lively. Nothing unexpected there, but as the sun descended below the western hills, I noticed a reddish band developing at the keel of the blue stones. Red/pink in a grayish blue stone? Maybe it was just picking up the color off some object like my skin or clothes. No, I could rule that out after moving the stone around. I held the stone level with my eyes and did not see any change in the effect so I didn’t think diffraction was at work. And the effect got stronger as the sun went below the horizon.

Yes the sky was working on a sunset with some color, but it was just a bit more than normal. By the time I reached my friends, the sun was mostly out of sight and I could see multiple bands of reddish reflection off the pavilion facets of the blue stone, along with some violet fringes. With a more saturated blue between the reddish bands, the stone reminded me of coated topaz. How embarrassing for a proud tourmaline. I asked my friend to to look into the stone to verify the color effect for me and he did see it easily.

Now I haven’t spoken of the darker brownish stone while its mate change its appearance. The sky was getting darker as I dug out the stone from my pocket. It certainly liked the yellower sky and had become browner. An expected effect that validated my profound understanding of color in tourmaline. And then I saw it, as I tilted the richly toned stone, a band of red/pink on the keel row of its facets. It did not have the more saturated blue or as strong an effect, but it was right in there with its mate.

When I got home, after dark, I tried both stones under a variety of artificial lights, even incandescent, and neither one responded with a red/pink reflection. I followed up my completely unscientific investigation the next evening and did see a weaker response in the blue stone to the setting sun. So my look into the color world of tourmaline has surprised me again. I hope that you will have some odd ball tourmaline in your life.